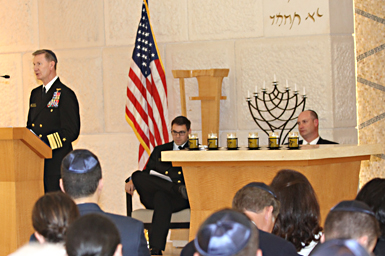 David Bayer, 94 year old Holocaust survivor, shared his very inspiring life story. He was introduced by his daughter, Sandra Gendleman, of Annapolis. We wish Mr. Bayer many more healthy years to share his experiences. Cantor Rebecca Pohl Apt and Yoni Draiblate, cellist, provided beautiful music and meaning to the ceremony. A tribute to Elie Weisel was read by midshipmen. Six candles were lit on the bimah by those involved.

We must never forget. We must teach and remind our children of the events that lead to the death of six million Jews who perished in the Holocaust and how Jews resisted their tormentors and retained their human dignity.

Last year, Jewish organizations in Anne Arundel County began collecting names of our relatives who perished in the Holocaust. New names were added by midshipmen and members of the community this year. A booklet was prepared by the Men’s Club of Temple Beth Shalom as part of the program. A visual display was shown in the Levy Center atrium. It was an emotional, educational and memorable Yom Hashoah event. As a courtesy, Annapolis Bus Company provided transportation, and we thank them. 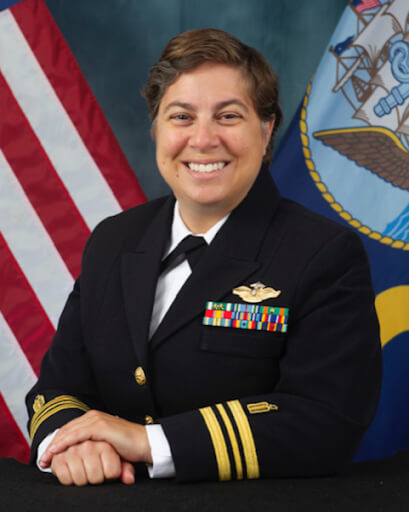 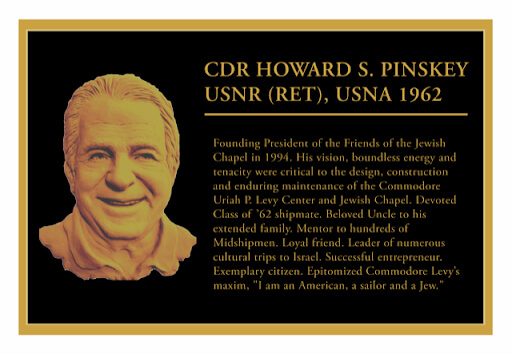 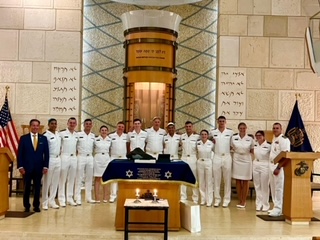 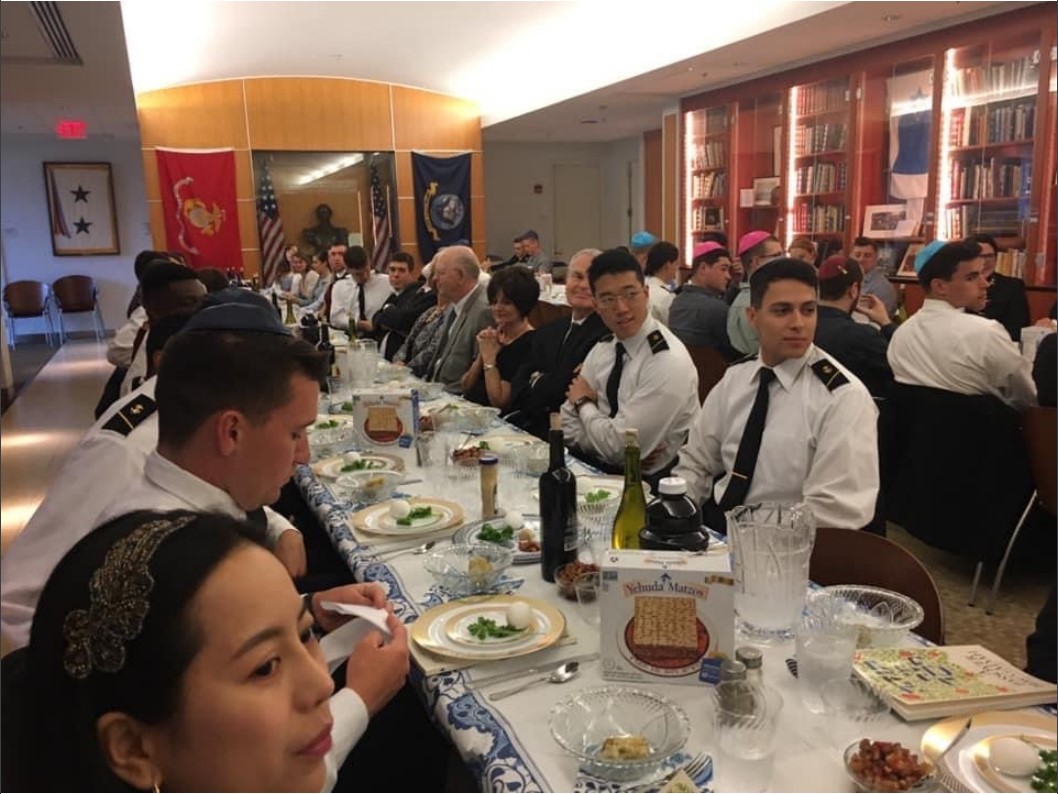